When I talk about my personal journey with mental health, music is something that is seldom left out. Music was one of the first ways I personified and expressed what I was feeling. It was a way to cope with my depression and anxieties, and a great way to feel like I belonged. It gave me my own microcosm of a community. One that I felt a part of.

But the scene isn’t always a welcoming place (especially depending on the genre), and different labels and artists can often come under fire for the ways bands and artists portray themselves and what they preach.

Sounds and Tones Records is not one of those labels we have to worry about. 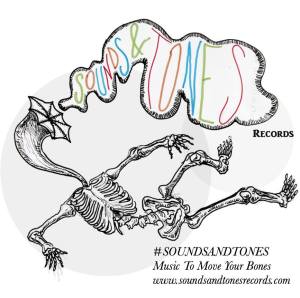 Located in the Berkshires of Western Massachusetts, Sounds and Tones Records was started in 2011, but ultimately was halted due to the demanding nature of the founders college program. Three years later the owner, Christopher Hantman, felt that it was time to bring it back.

“I graduated in 2014, and a year into the workforce and I was finding myself unfulfilled in that area of my life,” Hantman says. “so I restarted the label with some musicians/friends I have made along the way.”

A quick look around the Sounds and Tones website and you would be surprised it relaunched so recently. Currently the site is attracting over 700 people a month while reaching over 2,100 people through social media.

Hartman doesn’t just own Sounds and Tones, but also manages show booking, artist signing, merchandise ordering, web design, social media, and marketing. He promotes not only a sense of community, but diversity and variety as well. 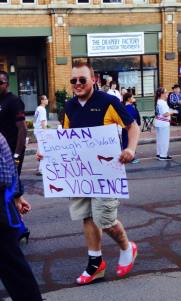 “When I get submissions from people to be on the label, I share it with the group of members (from artists to photographers and web designers) to get their feedback.”Hantman explains. “We are a label by the artists for the artists.”

The artists on the label are certainly diverse in variety. A Day Without Love, from Philadelphia, is an indie rock band, while Heart of Gold is an acoustic emo act. Hartman just recently signed a hardcore band, and is currently working to sign a hip-hop act as well.

“I have a really eclectic and wide taste, and I want the label to reflect that” Hantman says.

Chris and Sounds and Tones are also extremely active in the community, and are currently working on putting out a holiday compilation of it’s artists. The best part? All the proceeds are going to go to Erika’s Lighthouse, an organization that helps adolescents with depression.

Erika’s Lighthouse was founded by Virginia and Thomas Neuckranz, the parents of Erika who lost her life to depression. Erika’s lighthouse aims to educate and give the tools needed for people with depression to get the help they need when they are first developing their illnesses. 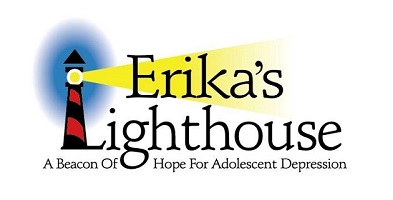 “Depression and mental illness holds a close place to my heart, which is why I searched (for Erika’s Lighthouse)” Hantman says. But it’s not only personal to him, Sound and Tones artist A Day Without Love also started their own fundraiser to help after contributing a track to the compilation.

Today, the second leading cause of death for people aged 15-24 is suicide. And on top of that, 1 in 5 students will face a mental health problem. It’s definitely something that needs to be addressed more, and Hantman looks to help anyway he can.

“When I felt depressed, I always felt so hopeless – like everything was out of my control, life was futile. But I learned through time that the more I keep my self busy, start things with the intent of finishing them, no matter how small… I began to feel accomplished” Hantman explains.

He applies this way of thinking to all of his work, and even attributes his depression to helping shape who he is today.

“I think growing up with depression allowed me to be comfortable with investigating those flaws closely. Whenever I walk into a room I like to think, what is one thing I can do (small or large) to make the room better/happier/cleaner than when I  came in, and if I apply this to my life, things always get better” he says.

When asked if there was a message he wanted to send to someone who is fighting a mental illness, Hatman replies: “Things can get better. The pain may never leave, but you will learn how to live with it instead of at war with it. You just have to work and acknowledge the demons in your own closet.”

Be sure to check out Sounds and Tones Records, and be on the lookout for their new compilation being released December 15th. Find the track list and artwork below for A Sounds and Tones Holiday Compilation, available for pre-order now. 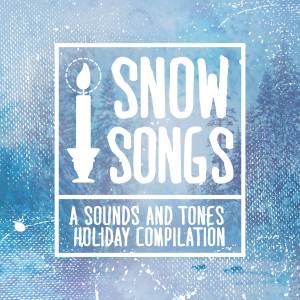 8.) A Day Without Love – Wintertime Depression