What does it mean to you? Is it a specific feeling? A destination? A goal? We all strive for this abstract concept of “being happy.” But what does it even mean?

To me, happiness is about learning to float with the ebb and flow of life’s tides. It is not about the absence of negative experiences or feelings, but rather the acceptance that good does not exist without bad and that every part of our lives is part of the grander scheme of who we are and where we fit into this universe.

Don’t get me wrong: I know as well as the next person that this is much easier said than done, and I struggle every single day in adopting this mindset and lifestyle, but this is the story of why I continue to believe that everything happens for a reason.

I went into my freshman year of college feeling invincible, like I could conquer the world. I was excited for the next four years and to see what magical experiences awaited. I had this idea that college was going to be the best years of my life. 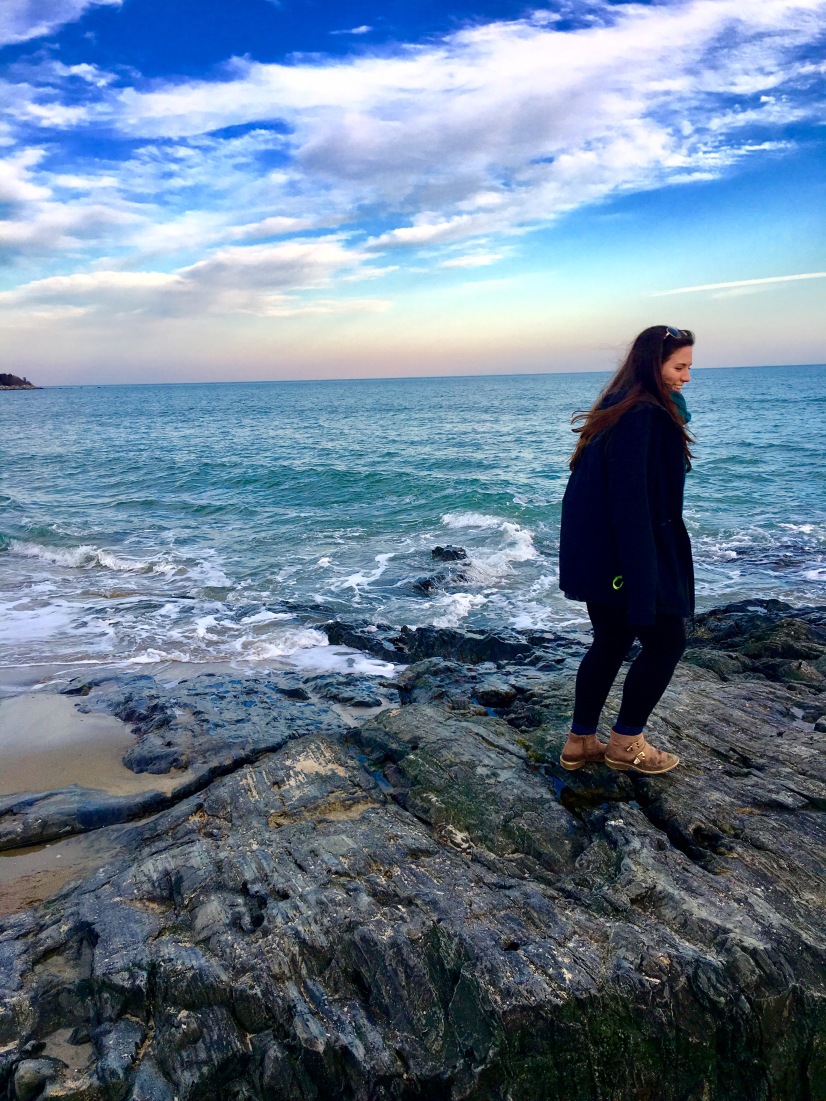 Although I have experienced my fair share of magic, I was completely unaware of the ways in which these next few years were going to tear me down. As I was putting up pictures and decorations to make my dorm room a new place to call home, I was unaware of the depths that life was about to drag me to.

I have always been a highly motivated person, which resulted in being an overachiever who always surpassed people’s expectations. I have also always been a person with extremely heightened emotions, which results in me feeling positive emotions very intensely. The negative side of these attributes, however, is a high-stress person who never feels as though they are doing well enough and who can be completely overtaken by negative emotions. The downfall of these attributes was not something that I had fully experienced until I started college.

For the first two years I found myself struggling with the workload of my competitive program and the anxiety that both accompanied and diffused into other parts of my life. I was trying desperately to stay on top of my school work, participate in extracurriculars, and maintain a social life. What I thought I was doing was trying to live up to the expectations that my parents and others had set for me, but really, I was striving to meet the unrealistic expectations of who I thought I was supposed to be. It was internal pressure that proved to be my worst enemy. It was here that I lost myself.

Growing up, I was playing at least one sport in every season and in my free time I was riding my bike, going for runs, or hiking. Being active and exercising was a huge part of my identity, and it was the most effective outlet; however, I found myself too anxious to go join an intramural team or find a new place to go hiking, too self-conscious to even think about setting foot in the gym or going for a run around campus. When I did muster up the strength I would feel incredible, but those instances were few and far between, and the more I didn’t do these things the worse I felt. It was a vicious snowball effect that made my anxiety and self-doubt become out of control.

I spent the first two years of college trying to live in a semi-functional way. I was in and out of the school counseling center. I struggled socially; talking to new people made me sick to my stomach. I would avoid group situations because I knew it would be too stressful. Parties were out of the question. I didn’t have any real friends until halfway through sophomore year.

It was through these newfound friends, my long-term boyfriend, and some new experiences that I slowly pushed out of my comfort zone and found myself in a place that I had never been before. I felt more self-assured, more genuinely happy with where my life was at, and I thought that I had finally figured it out. This was it. This was what I had been working to find. This was the magic that I had envisioned for my college career.

Then I was sexually assaulted.

One night, in the last week of sophomore year, I was fed booze until I was throwing up uncontrollably and unable to care for myself. I was offered a nice bed to sleep in, and this is when one of my closest friends sexually assaulted me. In one night my recently blissful, blossomed life was completely flipped around until I did not know which way was up. I had just built myself up, so the fall was that much further and that much harder.

For months, I could not even comprehend the idea that I had been sexually assaulted. Unable to deal with the memories of coming in and out of conscious in a situation during which I had zero control, I convinced myself that the blame was all on me. It was so much easier for me to frame the situation as if I had cheated on my boyfriend than to deal with the fact that I was taken advantage of when I was incapable of defending myself. It wasn’t until I returned to school in the fall that my brain allowed me to even begin acknowledging the idea that I had been assaulted. Acknowledging it, however, was only one step in what has proven to be a grueling recovery process.

The anxiety and fear that would accompany me over the next year seemed like more than I could bear. I began having panic attacks, isolated myself socially, and struggled academically. There were many times that I felt as though it would be easier not to be alive.

I became a shell of myself.

I received an immense amount of support from my school’s Sexual Harassment and Rape Prevention Program (SHARPP), where I had been volunteering prior to my assault; I honestly would not have made it through this ordeal without them. I had other people who tried to support me, like my parents, my brother, and my boyfriend. They all had nothing but the best intentions, but the emotions and effects of my assault were unpredictable and they had no clue how to support me. How could they? I didn’t even know what I needed. I was so grateful to have them behind me but I needed more than what they were capable of giving.

So, I tried to figure it out on my own. 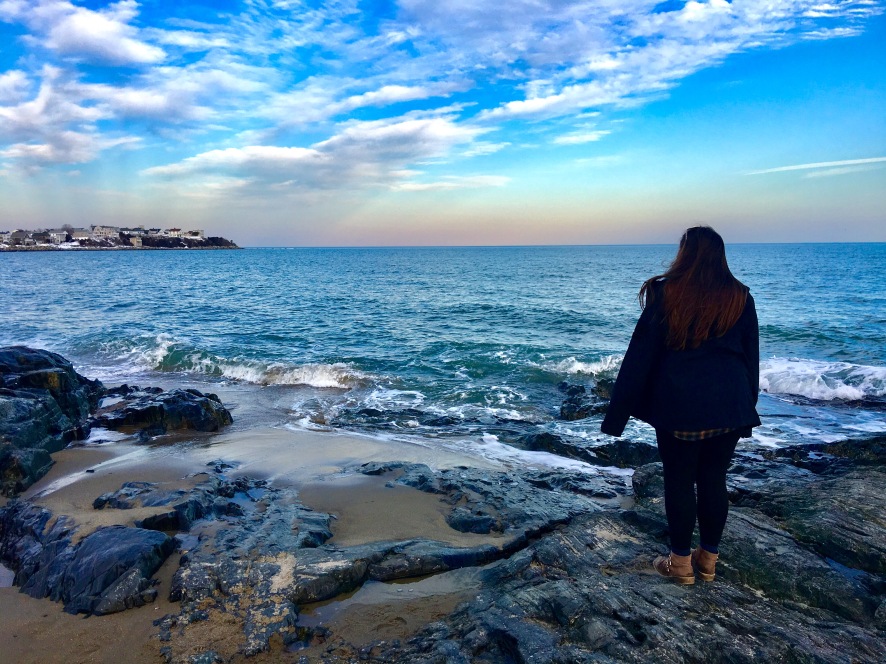 I thought that I would be able to handle it, that I could balance everything. As I have always held my friendships and relationships very close to my heart, never did I think that this would result in me pushing people away. After all, I was just trying to spare them from the frustration of trying to help me without much progress.

I was not okay, and I struggled immensely to find peace in that. It was not until I hit my rock bottom that I decided the only way up was through acceptance. I had pushed away my main source of support, and I was completely lost in how I was going to continue on.

In pushing away the support of others, however, I discovered the purest and strongest support system I could find: Myself.

I began to discover that the reason I had pushed everyone away was because I needed to be the one to build myself up. I didn’t want to rely on a friend, my parents, or a boyfriend. I wanted to learn to rely on myself, the most important person in my life. Yes, I needed the support of others and I utilized many resources in this journey of trying to build myself up, but I was fighting for myself, and that did more for me than anyone else could have given. I had always spent my time fighting for others, and now it was time to fight for myself. So that’s what I did, and I truly believe that the experience of isolating myself was what I needed to feel powerful and in control of my own life again. 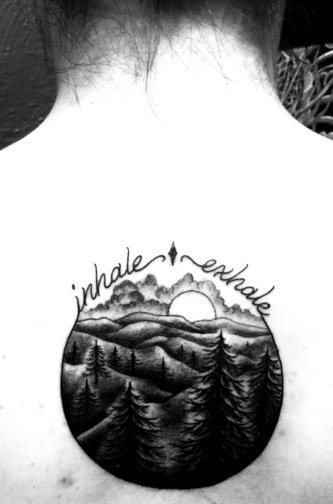 So, here I am today, still fluctuating through the heights and depths of life. I have built myself up multiple times only to feel like I am being torn down again and again.

I have fallen to lows in which I easily bounced back, but also to ones that lasted much longer.

And that is also okay.

What I’m learning is that this is all a part of life, and as cliché as it sounds, I truly would not be able to appreciate the positive aspects and moments of my life without enduring the hardships. All of these experiences have shaped me into a person that I am proud to be. Every time I get knocked down, my mind, body, and soul increase in strength and I get to say that I conquered another obstacle. Even though it is hard to understand the reason that some things happen, I take solace in the idea that every experience is a piece of my puzzle that’s coming together to bring me somewhere great.

I’d like to share a quote from a book written by Jodi Picoult: “What if it turns out that a life isn’t defined by who you belong to or where you came from, by what you wished for or whom you’ve lost, but instead by the moments you spend getting from each of these places to the next?”

I still wallow in those lost loves, I battle with anxiety and expectations most days, and I still experience flashbacks and post-traumatic stress from my assault. But I also continue to get up every day, and I continue to fight the inner and outer demons of my life. I continue to fight for myself.

Life is all about the journey and the moments along the way, so I continue to embrace all of the ways in which I am truly blessed. Even on my worst days I remember that I am stronger than I would have ever thought possible and I am worthy of happiness.

And so are you. 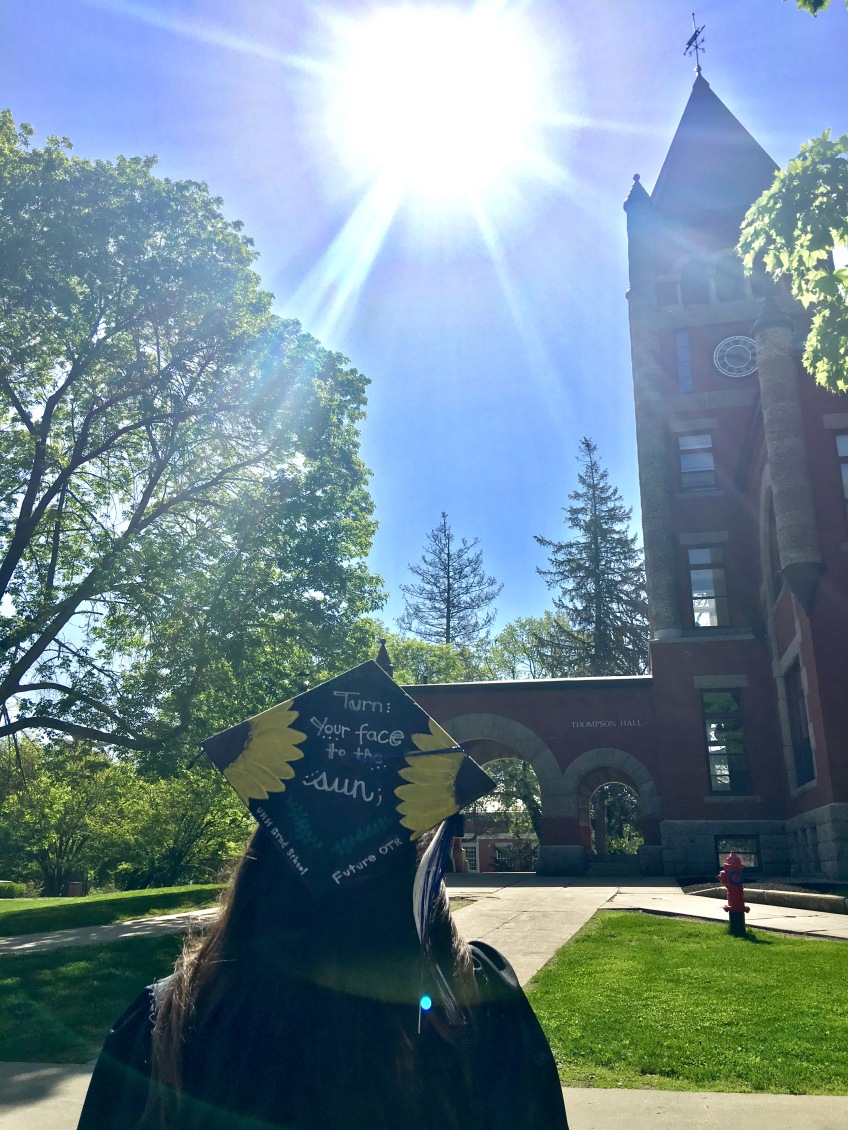 Dee in Durham, NH in her cap and gown

This inspiring and beautifully written Coping piece was submitted by Deanna Nesti, an Occupational Therapy student at UNH. You can follow Dee on Instagram. Please be sure to show Dee some love and support in the comments!

Always remember you are not alone.

Want to submit to this site and share your story, art, or article related to mental health? Email wemustbebroken@gmail.com